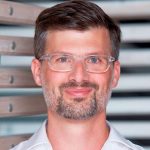 The Franco-German Covid-19 recovery plan marks a shift in Germany’s EU policy, but the German public might not be on board, argues EU3D researcher Dirk Leuffen. Chancellor Angela Merkel and President Emmanuel Macron proposed a Franco-German initiative for European economic recovery in the wake of the Covid-19 pandemic in May this year (Photo: Bundesregierung/Steins)

The European Covid-19 recovery plan jointly proposed by Emmanuel Macron and Angela Merkel on May 18th is widely considered to mark a turning point in Germany’s more recent EU policy. A dedicated commitment to the European Union (EU) and engaged support in favour of fostering European integration had been trademarks of the French president at least since his fulminant 2017 election campaign and his Sorbonne speech of that very year. However, the Chancellor’s reactions to her French counterpart’s enthusiasm has not always lived up to the ‘boldness and sense of history’ the latter expected from – or rather desired from – the former. It has been shown that the positions taken by the various Merkel governments during and after the Eurozone crisis were largely constrained by a reluctant public opinion (see e.g. Degner & Leuffen 2019 and Schneider and Slantchev 2018). More recently, Hooghe and Marks’ (2009) ‘constraining dissensus’ mechanism, according to which public opinion increasingly puts a brake to integration, has once again been decried by former Greek PM Alexis Tsipras, who accused Merkel of too often succumbing to the chauvinism of her domestic public.

In stark contrast to the former reluctance to jointly propose bold steps of European integration (see Degner and Leuffen 2019 and Degner and Leuffen 2020), the French-German recovery initiative foresees the development of an EU ‘Health Strategy’ and presents ambitious recovery funds amounting to 500 bn Euro. The recovery fund can be considered as breaking the ‘German taboo’ of financial transfers. Even more, the strong support for the plan among German parties (not surprisingly, the AfD remains an exception) is impressive. Apparently, the Corona-crisis – described by Macron and Merkel as ‘unprecedented in the history of the European Union’ – has led to significant shifts in the governmental position. In response, a number of experts (for example Luuk van Middelaar and Ivan Krastev in an interview in Die Zeit), have expressed quite promising expectations on the German Council presidency starting on July 1st 2020. Furthermore, in a governmental statement to the Bundestag of June 18th, Chancellor Merkel underlined that fighting the Corona crisis and strengthening European solidarity is at the top of the current agenda. Against this backdrop, it is important to better understand how much leeway German public opinion will actually grant the German government.

A gap between the public and the elite

In a recent Policy Paper by the Cluster of Excellence The Politics of Inequality and the Progressives Zentrum Berlin, Sebastian Koos and I analyse German public opinion on European solidarity in response to the Corona crisis. We find evidence for continuity of German public opinion towards financial transfers – apparently, Covid-19 has not led to a greater willingness to support intra-European financial transfers. Moreover, our data once again underlines a visible gap between the public and the elite – highlighting that the elite’s support for Merkel’s recent shifts may not be in line with what the broader German public wants (however, it should be noted that our data collection occurred in late April/early May, thus preceding the Merkel-Macron plan). At the same time, we find strong support for medical solidarity with EU partners. Thus, there is a potential for solidarity, however, it must be reaped. We also find that solidarity is conditional on the costs of financial and medical assistance, but also on the presumed reasons for being in need of assistance. Thus, perceptions of deservingness seem to matter in a European context, as well. In the discussion of our results, we argue that solidarity is conditional and that ideational leadership (see Carstensen & Schmidt) will be necessary to realign public preferences with the political elites and to allow European integration to progress.

Our data once again underlines a visible gap between the public and the elite – highlighting that the elite’s support for Merkel’s recent shifts may not be in line with what the broader German public wants.

New hope for the future of Europe?

In the press statement on the Franco-German recovery initiative, Angela Merkel underlined that:

‘After this pandemic we will run the member states’ Conference on the Future of Europe with the European Parliament and the Commission in a different way than we had originally planned, as we need to talk seriously about where there were shortcomings in Europe and what will define the future of the European Union. This can also include amendments to the treaties; it can include far greater integration. We are presenting the short answer to the crisis today, so to speak. The long answers will need to be discussed because Europe must be developed further.’

Although the comment may raise concerns about her initial intentions (was she not ‘serious’ about the Conference on the Future of Europe, in the first place?), there is now hope that Europe can get a new boost during Germany’s Council presidency. Better late than never.