Filippa Chatzistavrou is a Research Fellow at ELIAMEP and an Assistant Professor/Senior Research Fellow in the Department of Political Science and Public Administration at the National and Kapodistrian University of Athens. 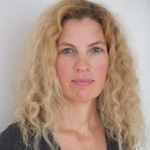 The coronavirus measures implemented by the EU and member states have had differentiating effects, which ultimately may lead to further fragmentation of the European political system, argues EU3D researcher Filippa Chatzistavrou. The banner ‘Recovery Plan for Europe’ on the front of the Berlaymont building (Photo: European Commission)

The COVID-19 pandemic has triggered a global health and economic crisis. According to the World Bank, it has caused the worst economic recession with the highest drop in GDP since 1871. Besides the common features of the pandemic and the striking similarities in the tools chosen by EU member states for tackling the coronavirus, new patterns of differentiation are emerging. These differentiating effects are associated with member states’ systemic resilience and structural ability to tackle the health crisis and its socio-economic effects; and with member states’ capacity to benefit from EU measures to mitigate the social and economic impact of COVID-19.

The first trend of (internal) territorial differentiation refers to the COVID-19 measures taken by individual countries in relation to their differing capacities and resources. The socio-economic impact on economies and societies varies across European countries depending on the harshness and extent of government containment measures. In the old West, countries with strong public finances and solid health care systems, (more or less) sufficient capacity for vital medical supplies and equipment, and good level of public health emergency preparedness, had to choose between two alternatives. Either adopt strict emergency lock-down measures to contain the spread of COVID-19 while offering generous economic compensations, thus succeeding in keeping the number of deaths down (Denmark, Finland), or adopt milder lock-down measures while experiencing low or quite low death rates (Germany, Austria, Netherlands). Countries with vulnerable or weak public finances and health care systems, low capacity for vital medical supplies and equipment and low level of public health emergency preparedness, due at least partly to austerity policies, were forced to impose severe quarantine measures (Italy, Greece, France, Spain) while experiencing (except Greece) high death rates.

The socio-economic impact on economies and societies varies across European countries depending on the harshness and extent of government containment measures.

While economic compensatory measures varies from one country to another, their distributive effects risk accentuating existing disparities within Southern European countries. As a result, these countries now face a far worse economic downturn and deep social changes. Unless this is resolved, the lock-down generation will be condemned to youth unemployment and salary dumping. The dramatic increase of temporary, part-time or short-term jobs could further worsen working conditions, especially in countries whose economies depends on a product or resource for economic growth (mono-cultural economies) – and/or their industrial development depends on other EU and non-EU countries. In Southern Europe, deindustrialisation processes has made some countries highly dependent on their tourism sector, which has been heavily affected by the COVID-19 outbreak.

The second trend of differentiating effects is associated with the (temporary) derogations from monetary, fiscal policy and single market rules initiated by the EU (i.e. the lifting of the 33% threshold for the purchase of government bonds, the suspension of the Stability and Growth Pact terms, and the relaxation of cohesion programmes and state aid rules). The EU initiated these measures in order to mitigate the economic impacts of the COVID-19 measures and to provide flexibility to member states. The EU’s most competitive and dynamic economies benefited to a much greater extent from these measures than the more vulnerable and/or (heavily) indebted economies. Germany granted four times as many state aids as France and even more compared with other EU member states. Corporate bailouts are being discussed without calling into question the problems of corporate governance (e.g. unfair ‘competition’ practices, paying dividends during the pandemic crisis as well as dividend policy in general, casino economy etc.). At EU level, the European Central Bank (ECB) has asked banks not to pay dividends. At national level, however, whether to freeze the payment of dividends has largely been left up to the discretion of companies. Following the EU framework for the screening of foreign direct investments that officially entered into force on April 2019, protectionist government measures are also high on the post-COVID agenda in many EU member states. France announced a public investment program of 1.2 billion euros in order to prevent high-tech start-ups acquisition by US and Chinese companies. Τhere is now increased pressure to develop policies of ‘préférence nationale’ in order to maintain employment in the national territory. Furthermore, 18 EU countries are part of China’s Belt and Road Initiative, and the pandemic crisis has reinforced Serbia’s ties with China. Belgrade could become a key country in China’s regional plans.

Corona differentiation reveals how the politics of ‘clubs’ – the proliferation of competitive coalitions of EU member states becoming more diverse in their preferences – may further nurture forms of politico-economic dominance as well as cultivate oppressive forms of corporate power-lobbies and consequently further accelerate the fragmentation of the political order at the EU level. In the post-COVID-19 age, we have already witnessed examples of the fragmentation of the European system of rule. Faced with a serious post-corona labour market crisis, some member states will be able to provide social safety net measures against labour market dislocation and social dumping, while others, like Southern countries struggling with indebtedness, will not. The EU made efforts to mobilise public funds through complementary financial instruments in order to protect employment during the COVID-19 period, such as European Union Solidarity Fund (EUSF), the Coronavirus Response Investment Initiative (CRII), the SURE instrument, while the European Investment Bank provided a financing package for small and medium-sized enterprises (SMEs).

A new dividing line is emerging between the countries that state their intent to boost their national ‘industrial sovereignty’, according to Macron’s terms, through public investment, and the countries that will continue to pursue radical restrictive fiscal policies.

However, there is a risk of misappropriation of these funds by some member states, thus increasing their margins of administrative and political discretion. The implementation of the SURE instrument in Greece has raised a lot of concern about the risk of misusing these loans in order to cut wages in the private sector and/or to proceed in contractual hiring in the public sector with lower wages. Therefore, a new dividing line is emerging between the countries that state their intent to boost their national ‘industrial sovereignty’, according to Macron’s terms, through public investment, and the countries that will continue to pursue radical restrictive fiscal policies through non-redistributive forms of taxation and privatisations.

Recent debates on the COVID-19 rescue deal remind us of the extent of political-economic distortions between EU member states. Northern countries that benefited the most from the single market are strongly opposed to debt mutualisation (i.e. the equal share of costs and profits among EU member states). The example of the Netherlands as a free rider is notable since the country can promise capital and higher profits by initiating fiscal dumping practices while showing aversion for effective European tax instruments.

The proposal for the next generation EU recovery plan, despite its ‘all EU member states inclusive’ nature, may also produce asymmetric effects in the member states, as was the case with EU policy responses to the previous economic and financial crisis, thus creating new dependencies and new channels of intrusion. The bail out policies of the single market come in various forms, i.e. medium-term softening of fiscal rules as well as temporary grants and loans through joint borrowing without debt mutualisation. This rescue scheme could enable non-Eurozone member states to benefit from the rate and credibility of the euro. But Eurozone member states, especially those who are faced with an emergency and need to inject resources, will have to accept top-down allocation of financial aid based on conditionality and top-down structural reforms.

This could be a new ‘constitutional moment’, which is about deciding who gets funding, and which enterprises are going to fall. This is the reason why, among other agenda items, current discussions focus on the crucial question of surveillance. In order to channel money to where the needs are, regulatory surveillance could be established ex ante so that funds will be allocated after national reform programmes are approved at the EU level. In such a case, other member states via the European Council or the European Parliament could have a right of veto and suspend the funding if a reform programme is considered not to have been properly implemented at the national level. In such a context, the issue of the role of the European Parliament and of national parliaments is central, as, from a surveillance perspective, there is an increased risk of diversion from the parliamentary function. Instead of exercising oversight over other European institutions/national governments and looking into violations of EU/national law, parliamentary actors risk becoming evaluators of the progress of structural reforms, thus being co-opted to support the European Council and Commission rather than holding them accountable.

If the modus operandi of the EU continues to be based on the politics of ‘clubs’, differentiation policies will reinforce the idea of multiple Europe(s) perpetuating the role of supranational institutions as (regulatory) facilitators of the European integration process.