Max Heermann is a doctoral student at the Department of Political Science and Public Administration at the University of Konstanz. 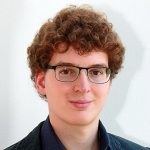 The EU’s legitimacy depends on institutional procedures that respect democratic principles – both in cases of uniform and differentiated integration, Max Heermann argues. Crises often reveal the need for closer European cooperation. At the same time, they highlight divisions among the European Union’s member states about the right path forward. The COVID-19 pandemic is no different. The European Council may have, for now, agreed on a financial recovery plan. Nevertheless, demands for new competences on the EU-level are sure to emerge. Healthcare, in which the EU has little power, is a likely candidate.

To free necessary reforms from political gridlock, it is often suggested that the EU should resort to “differentiated integration”, the idea that not all EU member states need to take part in a common policy area for integration to move forward.

Politicians and political theorists have long debated the desirability and legitimacy of differentiated integration as such. Still, they have spent little time on the question of how to govern a differentiated Union.

An increasingly differentiated EU requires normatively defendable procedures that citizens perceive as legitimate. But do institutions which were designed for uniform integration provide sufficient legitimacy for differentiated policies?

Do institutions which were designed for uniform integration provide sufficient legitimacy for differentiated policies?

The upcoming Conference on the Future of Europe, a planned series of debates among and between citizens and political elites from across the Union, should address this question.

Another issue likely to come up during the Conference is the establishment of transnational voting lists for the European Parliament (EP). In fact, from the perspective of institutional design, differentiated integration and the EP’s electoral system are closely related. Dirk Leuffen and I explore this connection in a new study, which asks how the EU’s legislative organs – the Council and the Parliament – should legislate in differentiated policy areas.

In the Council, member states that have opted out of a common policy area are excluded from the legislative decision-making in this area. In contrast, the European Parliament allows all its members (MEPs) to cast their vote.

This practice results in a mismatch between the territorial scope of EU policies and the composition of the legislature: MEPs vote on bills that will not apply to their constituents.

From a normative point of view, this mismatch is troubling because it violates two fundamental principles of democracy: autonomy and accountability.

The principle of autonomy, understood as collective self-government and the freedom from domination, demands that those who are subjected to laws should be the ones authorized to make them. In the case of differentiated integration, autonomy is violated when MEPs from opt-out states make laws to which they themselves and the voters they represent are not bound. Moreover, they cannot be held accountable by those voters who live in a member state that does participate in the given policy area and who are therefore directly subjected to their decisions.

Even though the European Treaties stipulate that the EP represents all European citizens, the European elections currently fail to provide an effective mechanism of accountability. Each member state devises its own electoral rules. National parties organise campaigns where domestic issues often dominate. MEPs depend on their national parties for re-elections and future careers.

Therefore, they are more likely to vote with their national party than with their transnational parliamentary group, a fact often masked by high levels of voting cohesion in the parliamentary groups. Participation of their member states in a differentiated policy area may consequently influence the voting behaviour of MEPs. Léa Roger and colleagues found that MEPs from countries outside of the Eurozone, were more likely to vote for new fiscal rules which they knew would not apply to their own home country.

MEPs from countries outside of the Eurozone, were more likely to vote for new fiscal rules which they knew would not apply to their own home country.

Consequently, from the perspective of autonomy and accountability, MEPs whose state does not take part in a differentiated policy area, should not be allowed to vote on these policies.

However, defenders of the current practice evoke another basic democratic principle: the equality of citizens and their representatives. Deirdre Curtin and Cristina Fasone argue that stripping individual MEPs of their voting rights in some areas due to their nationality would violate their equality, turning them into second-class MEPs and their voters into second-class citizens. If MEPs are reduced to mere national delegates, the EP will lose its symbolic function as the Parliament of the European demos, impairing the EU’s legitimacy more generally.

Differentiated integration thus creates a trade-off between the basic democratic principles of equality, accountability and autonomy that does not exist in the case of uniform integration. As Dirk Leuffen and I discuss in our paper, different reform proposals for decision-making in the EP weigh these principles differently.

The trade-off can be resolved, however, by introducing a unified electoral system with transnational lists. MEPs elected from transnational rather than from national lists will be, in principle, true representatives of the European demos.

MEPs elected from transnational rather than from national lists will be, in principle, true representatives of the European demos.

This will satisfy the autonomy criterion, which demands that MEPs and their constituents are bound by the decisions they take. Voters from across the EU will be able to hold MEPs to account by punishing or rewarding them (or their party list) in the next election.

Advocates of transnational lists have long argued that they lead to behavioural changes of both politicians and voters, resulting in elections focused more on EU rather than on national politics.

Irrespective of such developments, transnational lists would satisfy the minimum criteria of equality, autonomy and accountability for decision-making by all MEPs, even in areas of differentiation.

The Conference on the Future of Europe provides a unique opportunity to highlight the connection between electoral rules and the democratic legitimacy of differentiated integration.

Moreover, in conjunction with new survey research, the citizen assemblies to be held as part of the Conference will offer political scientists the opportunity to better understand how citizens evaluate differentiated integration. Lawmakers will gain crucial knowledge for designing a differentiated EU that citizens from all member states perceive as fair and legitimate.

Holding a Conference on the Future of Europe after a decade of crises and incremental reform may lead to the political acknowledgement that differentiation is here to stay, and that the EU therefore needs institutional procedures that respect democratic principles both in cases of uniform and differentiated integration.