Jean Pisani-Ferry holds the Tommaso Padoa Schioppa chair of the European University Institute in Florence and is a Senior Fellow at Bruegel. 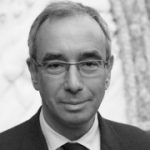 If Boris Johnson can negotiate agreements that are better than the EU system, it would be a serious challenge for the 27. 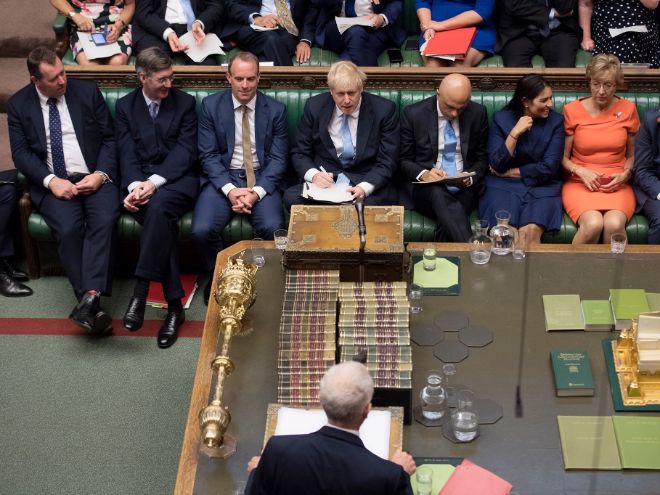 Boris Johnson ‘got Brexit done’. The United Kingdom will, however, remain subject to EU rules until the end of the year (Photo: UK Parliament/Jessica Taylor)

He was believed to be an entertainer, he turned out to be a political strategist. Thanks to a crushing victory last December, where he managed to remove the Labour party from its working-class strongholds, Boris Johnson ‘got Brexit done’. The United Kingdom will, however, remain subject to EU rules until the end of the year. On 1st January 2021, its privileged access to the EU internal market will end in the absence of a new partnership agreement which is yet to be negotiated or an extension of the transition period (which Johnson does not even want to hear the word of).

For the past three years, the various options available to London have repeatedly been assessed, notably the so-called Canadian option (a free trade agreement for goods, a partial opening of service markets) and the Norwegian option (a full participation in the European market, in exchange for regulatory alignment and a contribution to the budget). But Sajid Javid, the Chancellor of the Exchequer, has recently put it bluntly: the UK will have its own trade and regulatory policies. It will not be a follower.

A new conflict with the 27 is thus around the corner. On January 8, in London, Ursula von der Leyen warned that the condition for a free trade agreement without tariffs or quotas is broad regulatory alignment. The more the UK diverges from the EU, the more its market access will be restricted.

The British position is unsurprising: it would be paradoxical, after having decided to ‘take back control’, as the Brexiteers proclaimed, not to make use of this freedom. But Johnson faces a triple contradiction.

The more the UK diverges from the EU, the more its market access will be restricted.

The first is geopolitical. If London could have hoped to negotiate a host of free trade agreements in the pre-2016 multilateral world, it will be much more difficult in the new Trumpian transactional world. Today, the most important thing is strength. A market of 66 million inhabitants (against 450 for the 27 EU countries) does not translate to much muscle.

The second contradiction is economic. The British economy’s best asset is not the production of goods, for which the UK records a heavy deficit vis-à-vis the Union, but services, for which it posts a surplus. The exchange of services requires a harmonised regulatory framework. A combination of free trade in goods and segmentation of the service markets would cost to British consulting or financial engineering firms far more than to German machine tool builders.

The third contradiction is social. By raising the minimum wage 6% and by declaring a preference for skills, Johnson rejected deregulation of the labour market. To do otherwise would be to compromise his political victories. And it is hard to imagine the UK undercutting the EU’s environmental or health standards, for which the preferences of British consumers are very close to those of their continental neighbours.

London’s room for manoeuvre is narrow. Johnson can bet on regulatory competition in finance, artificial intelligence or biotech, and rely on subsidies to reach his industrial policy goals. But this will not be without cost. The greater the divergence with the 27, the longer and more difficult it will be to negotiate an agreement and the more restrictive the EU will be in terms of access to its market.

This does not necessarily put Johnson in a corner. The weakness of the EU lies in its cumbersome procedures and the inertia of its legislation, which results from multiple compromises between competing interests. Take the EU budget, it has priorities that have little to do with those of the EU, which gets perpetuated from one cycle to the next because everyone is fighting to preserve its cherished spending items. Or consider the inability of the European Commission to present a financing plan commensurate to its climate ambitions. Both examples illustrate a sad logic of entitlement.

So where can Johnson go now? Certainly not ‘Singapore on Thames’, the illusion of a free-market paradise for which there is no political basis. He can, however, build an agile regulatory system able to foster innovation and steer it more efficiently than his counterparts in Brussels. Johnson could create a system that, far from contradicting that of the EU, is actually ahead of it.

The bet is far from won. Both on the British and on the EU side, Brexit will end up as just another chapter in the story of Europe’s decline.

If he succeeds, it would present a serious challenge for the 27. But it will also ultimately be beneficial because what the EU needs is not a Britain that drifts away, or isolates itself and fails. The EU needs a partner whose competition wakes up the continent. It’s a challenge that forces the EU to tackle the problem of differentiated integration head-on, instead of cementing a sometimes artificial unity built around the defence of the status quo.

The bet is far from won. Both on the British and on the EU side, Brexit will end up as just another chapter in the story of Europe’s decline. But let’s not stop dreaming. Since the EU and the UK are now condemned to cohabit, let’s try to do it productively. An intelligent partner and competitor is the best thing that can happen to the continent.

This opinion piece was originally published in Le Monde.