Marilena Koppa is an Associate Professor of Comparative Politics at the Panteion University of Athens. She is a former Member of the European Parliament, where she was the Rapporteur on Enlargement in 2012. 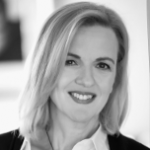 As the attention of the European public opinion has turned to Ukraine, it is our duty and responsibility not to leave the accession plans for the Balkans fall into oblivion, writes Marilena Koppa. Photo by Christian Lue on Unsplash.

Nineteen years after the Thessaloniki Summit that offered an accession perspective to the Western Balkans, the region is stuck and the process frozen. Enlargement has become a bureaucratic process for the relevant Directorate of the Commission where ‘business as usual’ is conducted — although nothing is as it was some years ago.

In fact, with the exception of Turkey, this is the longest process of negotiation leading nowhere, with devastating consequences for democracy, economic growth, the rise of nationalism and centrifugal tendencies. The case of Bosnia Herzegovina is the most prominent — and most dangerous — in that respect.

My country, Greece, is today in a position to work with consistency for the rapprochement of the region with the EU, after more than 25 years of conflict with North Macedonia over the name issue. But the EU does not seem to be interested anymore.

Since the end of the 20th century, the West has followed a “stabilization through integration” strategy in the region, meaning a stable and consistent strategy of keeping the Balkans close. The central assumption in the EU and NATO has been that the relatively small and weak Balkan states will eventually be incorporated into the twin-pillar Euro-Atlantic construct with full membership in both the EU and NATO.

The general framework has not changed. But the economic crisis in Europe, followed by Brexit, the migration crisis and then the pandemic, resulted in a period of introversion that by-passed the enlargement policy. The idea of deepening before enlargement reappeared with a renewed force.

The War in Ukraine that followed led to a further deterioration of the situation. We are dealing with small economies, scarce foreign investment, exodus of the youth, high unemployment and the perspective of accession deferred to an unknown future.

Still the region is struggling with the consequences of the Bulgarian veto in 2020 that halted the starting of negotiations with North Macedonia and Albania. Now things seem to move, but the situation in North Macedonia is problematic. Not to speak of the alarming situation in Bosnia Herzegovina and the Kosovo stalemate. At the same time Russian penetration is evident in different parts of the region.

The Prespes agreement has unleashed a positive dynamic creating the impression that regional problems, even the most difficult ones, can be overcome. What followed, however, showed that the region’s future is not in its own hands. The message from the French government, which was echoed by other member states was clear: no enlargement without deepening, meaning that the EU had to change in order to be able to accept new members. The region found itself in a ‘no man’s land’ waiting for something to happen.

And then the war erupted. The Russian aggression on Ukraine changed everything in Europe, at all levels. Ukraine applied for membership while Moldova and Georgia followed. It is noteworthy that Ukraine answered the Commission’s questionnaire in just a week, showing the will of Ukrainians to become part of the EU. Public opinion in the 27 member states was favorable to a swift accession process for Ukraine, while the six countries in the Western Balkans (WB6) were in a way forgotten. In a survey from March 2020, support for accession for the WB is below 36 per cent in Spain, Italy, France and Germany. As the leaders in Europe have their eyes on the polls before any decision, we cannot really be optimistic for the outcome.

What we witness is the breakdown not only of the Eastern Partnership, but also, in a way, of the Enlargement Policy. The reason is that, as things stand, the WB6 are hostage to the Eastern trio: there can be no move towards EU accession that does not involve Ukraine and Moldova (that are now candidates) and, eventually, Georgia.  The two countries that are negotiating, Serbia and Montenegro, are not moving and there is no clear perspective for membership.

In this ambivalent atmosphere, on 9 May 2022 President Macron, in his Strasbourg Speech, put forward the idea of a European Political Community as a wider circle of countries around the Union. He mentioned that for the Balkans the path is already mapped out. But in fact, nobody believed him. All this in a framework of clear-cut Russian presence in the Western Balkans through the orthodox church, anti-Americanism, misinformation and propaganda.

So, the idea of a staged accession gains ground. As long as it is not presented as an alternative to full membership, this idea must be seriously discussed. Balkan societies have suffered for too long. It is time to move οn.

A proposal that has been discussed for a while now is to let the WB6 and the trio participate immediately in the Single Market. This would permit the citizens of the countries concerned to enjoy the free movement of goods, capital, services and people. Let’s not forget that 66 per cent of the Balkan trade is already conducted with the EU. In addition, each step would give access to more funds and participation to various EU policies, as for example Common Security and Defence Policy.

As a Greek I was at first totally against such an approach. It was my firm belief that it would be presented as an alibi for not accepting the candidate countries as full members. Today I fear that it is Ukraine, Moldova and Georgia that will show the road to follow. I may be wrong but I cannot envisage a situation where there will be a development for the Western Balkans that does not involve the trio. What we must guarantee is not to move ahead with Ukraine leaving the WB6 behind.

This staged accession is not something new. It happened in 1993 with Austria, Sweden and Finland as a first step towards accession. If  countries are part of the Single Market, it will be easier to move to full membership.

Greece and other countries will not accept any EU solution for Ukraine, Moldova and Georgia that does not take into consideration the Balkans. Because we know the risks and the challenges the region is facing and we are truly committed to full membership. However, we have to act together, so as the Balkans are not left behind during the enormous effort of reconstructing Ukraine.

Our common effort should focus on keeping the process open. For the moment, accession remains a moving target for the Balkan aspirants, where the goalposts are continuously moving, something that makes the people of the region increasingly impatient and frustrated. Under the current circumstances this becomes increasingly dangerous.

But, in essence, there is also need of a new narrative for the region’s strengths and advantages to give confidence to the region and change public opinion’s stereotypes in EU capitals. And this implies a huge information campaign for which we should all be responsible.

In my view, the staged approach together with development of regional cooperation efforts can be a realistic way out that could help the region navigate to safe waters.

Today more than ever there is a dire need for a renewed determination in Brussels and EU capitals concerning the Western Balkans. As the attention of the European public opinion is turned to Ukraine, it is our duty and responsibility not to leave the Balkans fall into oblivion. The stakes are high: high for the stability of the region and for the EU but also for peace and prosperity for the whole continent.

Sovereignty under the EEA is a Norwegian illusion | The Crisis of Stability and the Idea of Europe Today | Regional Activity in Brussels: A Matter of Informal Contacts, Networking and Presence | In Search of Europe’s Government | Role modelling Brexit? Swiss newspapers show remarkable leeway in presenting Brexit as a ‘benchmark’ for Switzerland |

A Southern Perspective on EU Enlargement | EU correspondents are needed to make differentiated integration accessible to the public | The German ‘traffic light’ coalition: no commitment to stronger spending powers for the EU | The Wider Europe: a time for experiments | Why a change in government won’t change Norway’s ambiguous EU policy |