Marco Dani is an Associate Professor of EU and Comparative Public Law at the University of Trento. 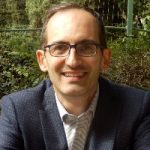 The socio-economic effects of the coronavirus requires a massive and coordinated response from the EU. So far, the EU has not been up to the challenge, argues Marco Dani and Agustín José Menéndez. The coronavirus pandemic has deepened and radicalised a set of crises that the European Union postponed but did not solve in the 2010s. As a result, the challenges confronting the EU are piling up. Perhaps most crucial among them is finding the means to shelter socio-economic structures from the fallout from the indispensable lockdown and to relaunch activity once the worst has passed.

The scale of the task is gigantic. European economies are likely to shrink between 12 and 20 per cent this year if, as is likely, the lockdown is not quickly and fully lifted. Recent IMF figures, predict a 7.5 per cent fall if the economy is back in swing in the third quarter of this year. It is however likely that the coronavirus will have prolonged (even if intermittent) effects, as some commentators suggest. If that is the case, stabilising European economies and putting them back on track (if possible towards a more sustainable future) may well require not €1 trillion (as suggested by the European Commission), but far more. A more cautious assessment would require between €1.5 and €3 trillion (that is between 12.5 and 25 per cent of the present EU GDP).

The coronavirus pandemic has deepened and radicalised a set of crises that the European Union postponed but did not solve in the 2010s.

Has the European Union been up to the challenge so far? The answer is a resounding ‘no’.

By the end of March, the European Commission and the Council of Ministers had decided to ‘temporarily’ set aside the rules governing economic policy in the Eurozone. Two decisions were of special importance. Firstly, the limits placed on the capacity of governments to shape the institutional structure of the economy through state aid were put on hold. Secondly, the fiscal rules making up the Stability and Growth Pact were officially ‘suspended’ through the activation of the so-called ‘general escape clause’ for a non-specified period of time (for more on this, see: here and here).

The combined effect of these two decisions was to set the stage for a massive public intervention which could (but only could) ‘freeze’ the economy, sheltering companies and workers from the massive shock resulting from the lockdown of social activity needed to slow the spread of the coronavirus.

Who will pay and how much will it cost?

But one thing is to create the conditions under which public intervention can be massive; another is to mobilise the actual resources needed for supporting it. Money would have to be collected (via taxes) or created (through the monetisation of debt) for that purpose. This comes hand in hand with the fundamental political question of who will pay for the crisis and the reconstruction and how much will it cost.

The first European institution to engage in concrete action has been the European Central Bank (ECB). Not only was the ongoing second programme of ‘quantitative easing’ (QE-2) expanded, but a massive new facility for the acquisition of public and private bonds (pandemic emergency purchase programme, or PEPP) was launched on March 18th. Even more decisively, one week later, the ECB set aside the ratios, which limited the acquisition of bonds issued by each particular state. No other institution than the ECB can buy precious time for the EU. Meanwhile, the time that can be bought through monetary policy is limited. Not only is the consensus on aggressive policies within the ECB board wafer-thin, but the production of debt cannot go on eternally if it is not correlated to actual wealth being produced to support it. The European Union is far from there yet, but fiscal policy will have to come into the picture. What is decided by the EU in that regard is of essence.

This is where the Eurogroup meeting of April 9th comes into the picture.

Too little, too late?

What was actually decided? In substance, the ministers agreed on activating three instruments to facilitate borrowing by Eurozone states or companies.

Firstly, the Bank of European Investment will provide companies, especially small and medium-sized ones, with up to €200 billion in loans. The total amount of borrowing from each Eurozone state will be capped by reference to its GPD, and not by reference to an assessment of its financial needs as a result of the crisis. It is important to stress that the loans are to be backed up by the Member States. Member States will have to contribute with €25 billion in capital to start up new lending. Whether this will lead to 200 billion in loans remains to be seen.

Secondly, a new mechanism (known as SURE) aims to protect employment through the crises. Four features of SURE should be underlined. SURE has been publicized as a European unemployment insurance mechanism. It is not such a thing, but another scheme for lending to states, so that they reinforce their national employment-preserving schemes. It should also be noted that participation in the fund is voluntary. If one or several states opt out, its financial firepower will be correspondingly reduced. Furthermore, specific rules cap what the three most benefited states can withdraw from the fund – up to 60 per cent of the total.

Thirdly, and most controversially, the European Stability Mechanism (ESM) can open ‘precautionary’ credit lines of a maximum of €200 billion. The purpose is to facilitate the financing of ‘direct and indirect healthcare, cure and prevention related costs due to the COVID 19 crisis’.  In that case, and in that case only, Member States have agreed that the ‘strict conditionality’ that applies to all ESM loans will require that the funds are spent on reinforcing the national health systems. This is an odd solution from several points of view. First, it is too little, too late for even adequately dealing with the first wave of the pandemic. Second, it implies that all other expenditure, be it on public health over 2 per cent, or on economic reconstruction, will still be subject to full conditionality. Third, ‘light’ conditionality does not prevent the new COVID related debt from accumulating to the previous pile of national debt. But if that is so, debtor states will see their room for fiscal maneuver further hampered with when the crisis passes, and the Stability and Growth Pact becomes applicable again. Finally, not all Member States (perhaps none) will use the ESM, so the 200 billion figure does not translate into macroeconomic relevance in a straightforward manner.

Some consider the glass to be somewhat half-full on the basis of the discussed Recovery Fund intended to ‘kick-start the [European] economy in line with European priorities (our italics)’. The claim or assumption is that this will ensure ‘EU solidarity with the most affected Member States’.

Buying time is no longer an option

EU leaders will discuss these issues in a European Council meeting on April 23. What this meeting and the future brings is unknown. It seems rather improbable that the resources mobilised would come even close to the lowest estimation of the stimulus needed (€1 trillion); and even less of the EU creating collective instruments of expenditure, instead of another set of loans.

Either the EU manages to coordinate the response and partially fund it collectively, or inequalities among national economies are bound to skyrocket, triggering centrifugal forces that will prove the undoing of the Union. Buying time is no longer an option in European politics.