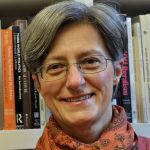 Even before the Covid-19 pandemic, the euro area slowdown was the result of EMU-induced domestic deflation. EU3D researcher Simona Piattoni offers a different reading of Italy’s disappointing economic performance. Italian Prime Minister Giuseppe Conte arrives at a special meeting of the European Council to discuss the EU’s long-term budget for 2021-2027 in February 2020 (Photo: European Union)

Since 2011, Italy has been considered the single largest threat to the stability of the euro. Italy’s high and growing debt (€2300 bn, some 135% of Italy’s GDP) is still considered as capable of setting in motion a speculative run on the euro, should financial markets come to doubt the government’s continuing capacity to service it. While the spread between 10-year Italian BTPs (Italian bonds) and German Bunds is today at the same level that it was in February 2011, it might suddenly escalate again should the government lose its parliamentary majority, engage in some major bail-out, or threaten to adopt macroeconomic policies incompatible with its continued membership in the euro-area (EA). Even more concerning is Italy’s continued economic stagnation: before the pandemic, Italy’s GDP is expected to grow just by 0.3% in 2020 and by 0.6% in 2021. The EA as a whole is expected to do slightly better with a growth rate of 1.2% in 2020 and 2021 according to the Commission. The pandemic-induced crisis has of course worsened this economic outlook.

A new crisis on the horizon?

Such dire forecasts are based on the observation that low and decreasing public and private investment and equally low household consumption cannot sustain growth, which is solely entrusted to trade surpluses. The main risk factors are the uncertainty caused by trade wars and the impact of the Covid-19 pandemic with its devastating effects on world-wide production and trade. These factors depress global growth and create the danger of a generalized recession. So far, the European Central Bank (ECB) and the Federal Reserve have stemmed this danger thanks to their Quantitative Easing (QE) programs, and it appears that they will keep them up in the foreseeable future, particularly should another recession be on the horizon. Yet, monetary policy alone can do little to boost the economy if expectations remain negative. A new crisis could be ignited by financial speculations, and Italy would be first on the line of fire. Therefore, the vulnerability of the Italian economy is still very much a source of concern for the entire EA.

Monetary policy alone can do little to boost the economy if expectations remain negative.

The EA already was at near-stagnation in the first quarter of 2020 (after a disappointing performance of about 0.1% in the last quarter of 2019. EA member states have been kept on a tight budget, deflated internal demand regime since the Euro crisis: household and government consumption have been exceptionally low and falling, as has been investment in machinery and equipment. They have kept their internal demand depressed for many years in an effort to attain high trade surpluses, but in doing so, they deflated the domestic engine of growth. After the Covid-19 crisis, everyone agrees that European economies need to reflate. The Economic and Monetary Union (EMU) parameters have been suspended for the moment, but will this change in policy stance be the harbinger of a more permanent policy reversal that prioritizes growth over nominal stability?

Admitting that the EA slowdown even before the pandemic was the result of domestic policies rather than international causes allows us to propose a different reading of the disappointing performance of Italy since the euro crisis. The conventional wisdom portrays Italy (and the other peripheral countries of the EA) as characterized by demand-driven rather than export-driven growth and by political systems incapable of keeping the many demands that come from fractured societies under control. In this reading, Italy must therefore buy consent and keep up domestic demand through deficit spending. Such a strategy is bound to create inflation, accumulate public debt, and eventually raise concerns in financial markets, which may decide to stay clear of increasingly unsafe sovereigns. The growth model propounded by the EMU rather requires containment of internal demand, increased exposure of labor and product market to competition, and high current account surpluses.

The Italian debt played no part in igniting the euro-crisis, but it was rather a casualty of it.

Are Italy’s current ailments a result of the adoption of the ‘wrong’ growth model? If we were to look back at the 1970s and 1980s, when the public debt to GDP ratio almost trebled in an attempt to respond to societal demands (for wage protection, social security and welfare services) that had gone unanswered for too long, we might indeed come to this conclusion. Increasingly unsustainable deficits and accumulated debt prompted the decision of the monetary authorities to adopt a more restrictive monetary policy and to induce a shift to taxation-funded domestic demand and debt service. Since the 1990s, Italian governments focused even more on the need to reduce the debt, but the debt/GDP ratio kept increasing until 1994 due to the heavy debt servicing that turned primary surpluses into total government deficits. However, in the 15-year period between 1994 and 2007, the debt/GDP ratio fell until it shot up again due to the euro-crisis. The Italian debt played no part in igniting the euro-crisis, but it was rather a casualty of it. Admittedly, during this period, not all Italian governments have been equally determined to reduce the accumulated debt. After 2009, markets ceased to consider all sovereigns as equally redeemable and started to ask higher interests for holding the sovereigns of high-debt countries. At the same time, they appeared more and more willing to accept low or even negative interests in order to store value in safe-haven public assets (those of the northern core). All the countries of the southern periphery (GIIPS) became targets of market speculations and ended up under formal or informal conditionality by the Commission. This implied addressing the reduction of the debt/GDP ratio single-mindedly and implementing structural reforms aimed at flexibilizing labor markets and liberalizing product markets.

Remaking southern economies in the image of the northern core

These policy measures, ostensibly aimed at improving the peripheral EA members’ competitiveness and making them follow in the steps of the northern core, failed in their aim but certainly depressed their internal demand and caused much social dislocation. Caught in the worst recession since the Great Depression, peripheral economies’ debt/GDP ratios kept growing. The more these economies gyrated into recession, the more intense was their effort at reducing public debt by means of reduced public expenses and increased taxes. This eventually became a self-sustaining deflationary cycle. The goal of remaking the economies of the southern periphery in the image of those of the northern core thus became increasingly unattainable the more they strove to reach it.

The recession is not only due to external shocks, but also to the overly depressed demand of the EA which not even the monetary stimulus (QE) can revert.

Financial markets, by exploiting the different yields between the sovereigns of core and periphery countries, stifled the efforts of the latter to ‘catch up’ with the former, not the periphery countries’ unwillingness to tend to their economic problems. In fact, markets did not so much reward or punish these economies for their ‘fundamentals’ but followed purely speculative goals that ignited self-reinforcing dynamics. A durable split between safe-haven and non-safe haven assets has thus been created, which has no correlation whatsoever with the fragility or lack of competitiveness of the economies that issue them. Reputation, not performance, gets rewarded.

Now, after much profiting from the speculative behavior of markets, core EA member states start to feel the pangs of a generalized recession. The recession is not only due to external shocks, but also to the overly depressed demand of the EA which not even the monetary stimulus (QE) can revert. The Covid-19 pandemic and the forced slowdown of economic production and trade that ensued have further worsened the situation. Expectations are by now set for the negative: EU27 GDP is now expected to drop by 8% in 2020. It is time to think about other instruments and strategies to sustain investment: Eurobonds, an EU budget worthy of this name, perhaps a small corporate tax to finance EU-wide minimum wages, and most certainly a coordinated effort at boosting the EA aggregate demand which for too long has been sacrificed on the altar of a generalized mercantilist strategy that cannot work in the aggregate. The new European Commission is apparently ready for these momentous steps aimed at relaunching the EU economies, but will the Council sustain its effort?

EU correspondents are needed to make differentiated integration accessible to the public | Is there a relationship between Facebook, fake news and support for the EU? It's complicated | The German 'traffic light' coalition: no commitment to stronger spending powers for the EU | The Wider Europe: a time for experiments | Why a change in government won't change Norway's ambiguous EU policy |

Is Next Generation EU the great leap towards a European Fiscal Union? | The Austerity Zombie rises from the dead | Why the Nordic states maintain differentiated foreign policies | The Conference on the Future of Europe: vehicle for reform versus forum for reflection? | Is the grass greener on the other side? Norway’s assessment of Brexit |