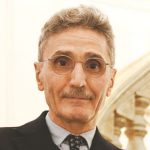 Will Berlin finally acknowledge that economics is a social science and not theology? How to escape the pandemic?

For some – the Italians Mario Draghi and Paolo Gentiloni or the French Emmanuel Macron and Thierry Breton – the pandemic has called into question the previous economic policy equilibria and so they are asking for the promotion of a new fiscal governance model.

For others – the Germans Wolfgang Schäuble and Olaf Scholz or the Latvian Valdis Dombrovskis – the pandemic has produced a headlong (and necessary) rise in public debt which, nonetheless, must be brought back within the confines of the previous fiscal policy model as soon as possible.

The outcome of this stand-off will define the future of the European Union.

Future of the SGP

The pandemic has highlighted the inadequacy of the “Maastricht compromise”. This is based on the centralisation of monetary policy and the decentralisation of fiscal policies which are then subject to the restrictions of the Stability and Growth Pact (SGP). The limitations of this compromise were already clear in the euro crisis in the last decade, a crisis which led to an unprecedented division among the member states of the Eurozone.

The pandemic has necessitated the suspension of the SGP. To respond to its devastating impact, all the European states had to enact a sharp rise in public spending, with monetary cover guaranteed by the European Central Bank. Above all, the pandemic required the promotion of the Next Generation EU (NG-EU) program financed by European fiscal resources, with which to support recovery in those same states.

These changes inevitably provoked a debate on the future of the SGP. Speaking at question time in the Chamber of Deputies on 11 May, Mario Draghi stated:

I want to be very clear. There is no question that the SGP rules will have to change (…) my position is that the current rules are inadequate, they were already inadequate, and they are even more so as we come out of the pandemic. We will have to focus on strong growth to ensure the sustainability of the public accounts.

A theory of moral hazard

On the other hand, Wolfgang Schäuble, the current President of the Bundestag and former minister for economy and finance, continues to be concerned only about stability. In an article published on 16 April in Project Syndicate (later published by Gavi and others), the German politician firmly stated that “maintaining competitiveness and a sustainable fiscal policy are the responsibility of member states”, adding “I have often spoken about that kind of moral hazard with Mario Draghi…and we always agree” on this point, “given the structure of the Economic and Monetary Union”.

So, the SGP can be temporarily suspended, but must then return to normal operation. Maybe with some addition, according to the Social Democratic Minister Olaf Scholz, such as the current program which helps states combat domestic unemployment.

The compass directing Wolfgang Schäuble’s approach (and that of much of the German traditional establishment) is the theory of “moral hazard”. According to this theory, monetary union among states which differ from each other (in terms of their economic and institutional capacity) will inevitably create negative incentives (if not properly regulated), since some states may spend more than they have available, thus transferring their debts to the other states.

For Wolfgang Schäuble, this theory even underpins American fiscal federalism. In his article, Schäuble returns to 1792, when the then US Treasury Secretary Alexander Hamilton set up a federal fund to take over the debt taken on by states (to support the war of independence against Great Britain) on specific conditions:

All 13 US states were required to deposit good collateral, practice budgetary discipline, and reduce their debts. Persistent deficit sinners were put into structured insolvency to prevent moral hazard at the expense of the more frugal states. That external constraint on fiscal policy – and not the mutualization of individual states’ debts, which is occasionally recommended for the EU – was the crux of the oft-cited “Hamiltonian moment”.

Note the use of terms such as “state sinners”, “moral hazard”, “frugal states” to describe the American debate in 1792.

Unfortunately, that’s not quite right. The “Hamiltonian moment” did not result in the formation of a system of federal rules to bind the budget policies of federated states, but rather it saw the creation of fiscal power that was independent from the federal centre (as argued by Jonathan A. Rodden).

It could not have been otherwise, given that the Tenth Amendment to the US Constitution, which was introduced in 1791, prevents any federal interference in matters which are the responsibility of the states and are not delegated to the federal centre. This is seen also by the fact that the states continued to spend beyond their budgets, with the result that several of them went bankrupt in the 1830s and1840s.

This time, however, the American federal centre did not intervene to take responsibility for their debts but left it to the financial markets to regulate their budget policies. Consequently, many states introduced laws to keep their accounts in balance and therefore to reassure lenders. At the same time, however, the federal centre was driven to intervene indirectly in struggling states, through the federal budget. Starting from the 1930s, this model has been fully institutionalised.

The pandemic has shown that, in a union of states, fiscal policy cannot be an exclusive national responsibility.

Therefore, the American fiscal model is based on a division of responsibility between Washington D.C. and state capitals. The latter are responsible for the use of their fiscal resources (to the extent that they are free to fail), the federal centre has available autonomous fiscal resources to be used anti-cyclically or for support (in struggling states).

The “Hamiltonian moment” started the construction of the federal centre’s fiscal capacity, not some kind of SGP ahead of its time. America has never experienced the fiscal regulation system adopted by Europe. Looking for legitimatisation in Hamilton in order to offer up the SGP once again for post-pandemic Europe highlights German culture’s fixation for stability regardless of time, space and costs.

No saints or sinners

In short, the pandemic has shown that, in a union of states, fiscal policy cannot be an exclusive national responsibility, as claimed by Wolfgang Schäuble, Olaf Scholz and the German traditional establishment. The supranational centre must also have its own fiscal sovereignty to produce European public goods, as argued instead by Mario Draghi, Emmanuel Macron, and important European commissioners such as Paolo Gentiloni and Thierry Breton.

Indeed, NG-EU has the potential to create a limited fiscal capacity for Brussels, independent from financial transfers (with their related conditions) from member states. Through the NG-EU investments it is possible to create the conditions for growth of national economies – especially those economies hardest hit by the pandemic – a necessary condition to make national public debts sustainable in the medium term.

The post-pandemic EU would require a new fiscal governance for accommodating differences between member states, none of which is saint or sinner. Is there anyone in Berlin who is finally willing to acknowledge that economics is a social science and not theology?

Role modelling Brexit? Swiss newspapers show remarkable leeway in presenting Brexit as a ‘benchmark’ for Switzerland | EU correspondents are needed to make differentiated integration accessible to the public | Is there a relationship between Facebook, fake news and support for the EU? It’s complicated | The German ‘traffic light’ coalition: no commitment to stronger spending powers for the EU | The Wider Europe: a time for experiments |