Ingrid Hjertaker is a PhD candidate at the Inland Norway University of Applied Sciences (INN) and former political adviser for Tax Justice Network Norway. She is co-author of the book 'Ustabilitetens politiske økonomi' (The political economy of instability) and co-host of the podcast 'Pengeland' (Moneyland). 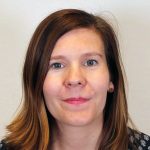 It was naïve to believe, mid-pandemic, that austerity had been “buried” in Europe. Like a zombie, the idea has risen from the dead and still retains powerful advocates. In early June, President of the Bundestag and former German finance minister Wolfgang Schäuble published an opinion piece in the Financial Times that has attracted much mockery on social media (see here, here or here). He voiced concern over runaway inflation and argued for a return for fiscal discipline in Europe in order to secure “social peace”, referring to among others John Maynard Keynes in a series of arguments that appear economically illiterate.

It is easy to make fun of Schäuble’s direct misreading of Keynes, and his upside-down understanding of the distributional effects of inflation. But this attempt at countering the lessons learned from the euro crisis and marshalling Keynes and concerns about inequality in that effort, is part of a larger push to re-introduce austerity into European politics.

Given the power and position of those who are advocating for austerity, these efforts are far too dangerous to laugh off.

To understand these interventions, we must first look at the context in which they are being made. Fiscal austerity as policy was entirely dominant in the European response to the financial and euro crises. The idea of “expansionary austerity” was taken seriously and marshalled when defending the crisis lending policies toward among others Greece in 2010.

While there certainly were staunch critics of austerity at the time, the evidence and arguments against austerity that have since emerged have been overwhelming. Research by Fatás and Summers shows that austerity on average has an independent negative effect on economic growth and employment performance over time – it not only does not help but made matters worse.

Already before to the pandemic, the slow recovery and poor economic performance had opened up ideational space to re-examine long-held beliefs about the appropriate role for government spending and debt.

Increased attention to questions of economic inequality and the climate crisis further strengthened those that presented alternative frameworks. Modern monetary theory (MMT), an economic theory that reevaluates the limits to public spending and the need to finance spending through taxation had long been at the fringes of the economics discipline, but is now getting serious attention, especially in the US and in debates around how to fund a “Green New Deal”.

Even those economists who firmly reject many of the key premises of MMT, have admitted that the fiscal space is larger than what was previously assumed. While the OECD and IMF still argue that fiscal responsibility is important over the long term, these institutions have radically changed their tune on the value of balanced budgets in the short term.

When austerity was buried

When the pandemic broke, the message to countries was to spend, and to those countries that had access to credit markets, to borrow to fund that spending.

OECD’s chief economist Laurence Boone warned that a premature return to balance budgets would hurt the post-Covid recovery, and that it was time to re-think limits on public spending and debt. This came following the October 2020 meetings of the IMF and World Bank, where fiscal activism featured centrally, prompting the Financial Times to declare this “the week that austerity was officially buried”.

While the European debate was characterized by less radical change than the American one, there was nonetheless considerable movement. The negotiation over the pandemic rescue package was a clear example. The proposed recovery fund was large, and Germany and France expressed a desire to give the money as grants rather than loans. Discussions of the issuance of some form of ‘Eurobonds” re-emerged, this time by more centrally placed actors.

While the battle with the “frugal four” proved tough, a compromise was reached on a €750 billion rescue fund and EU level borrowing, largely thanks to Germany switching sides from the last crisis.

This ideational shift had been underway in Germany before the pandemic, with 2019 debates in the Bundestag about whether or not the country should abandon its strict “schwarze Null” policy of balanced budgets, and instead spend and invest more in order to boost economic growth.

As in many other countries, questions around how to deal with the climate crisis have been closely tied to debates about the need for more public spending and investment.

Return of the deficit hawk

When Lagarde took over as President of the European Central Bank (ECB) in 2019, she quickly initiated the first strategic review of ECB policy since 2003, including a possible revision of the inflation target.

When the pandemic hit, the ECB and the Federal Reserve immediately re-upped their unconventional monetary policies. On both sides of the Atlantic, they went even further than during the financial crisis.

The ECB created a new asset purchasing program, this time with rules that were to be interpreted “flexibly” as needs changed. On the fiscal side, there were immediate government support programs for private sector businesses and workers under lockdown. The “general escape clause” was invoked to allow even eurozone members to engage in higher deficit spending and borrowing. It had for several years been difficult to be a deficit hawk in Europe.

The moment for austerity hawks to re-emerge from the shadows came when inflation measures spiked in late spring and early summer of 2021.

The US consumer price index in May showed a 4.2 % annual rise, a number which took many commentators by surprise and led to statements of concern. The eurozone numbers also showed a burst of inflation in April. The FT labeled the coming period as “the summer of inflation”, and Martin Wolf argued that the concerns now being voiced in the US were warranted, as both monetary and fiscal policy in the US are, by historical standards, “widely expansionary”.

These concerns are not as of yet shared by those whose task it is to manage inflation. The Federal Reserve was clear that it viewed this burst of inflation as an expected and “transitory” reaction to the economy opening up again, and would not risk “turning off the taps” too early. The Fed has also recently changed its inflation target to focus on average inflation rates and will tolerate a period of higher inflation to make up for periods in which inflation levels have been below target.

The chief economist of the European Central Bank, Philip Lane, remains unconcerned with the recent spike in European inflation. Lane views it as driven primarily by supply side issues related to the pandemic. The ECB does not look eager to repeat the disastrous mistake of 2011, when it raised interest rates twice in the middle of a deep recession, inflicting a “grievous wound” on the European economy, as economist Ashok Mody phrased it.

Yet, despite no longer having the ECB, the IMF or the OECD on their side, Schäuble and other key figures in Europe are advocating for a return to “normal” in Europe.

What normal they wish to return to is unclear, given that Europe prior to the pandemic had experienced a ‘lost decade’, especially for Europe’s youth. In 2019, the last pandemic-free year on record, eurozone GDP growth was a mere 1.3 %, inflation was too low at around 1 %.

Schäuble has unsurprisingly received much pushback for his piece. Former ECB director Lorenzo Bini Smagi argued that “normal” for Europe was a situation in which fiscal policy was too tight. In a June 15 response letter to Schäuble, signed by 142 economists, Schäuble’s claim that austerity would be good for equality is firmly rejected.

Yet, it is doubtful that public ridicule from economists will be enough to deter the Europeans longing for a return to austerity. Merkel’s likely successor, Armin Laschet, called in July for a return to the fiscal discipline of the Maastricht Treaty once the pandemic was over. Eurozone Commissioner Valdis Dombrovskis is also keen to re-instate fiscal rules as soon as possible, and even to go to the drastic step of triggering the “excessive deficit procedures” against Member States.

How the chips will fall on the austerity debate in Europe is still highly uncertain, and as Sergio Fabbrini correctly argues, the outcome of this debate will determine the future of the EU.

Risen from the dead

Across the Atlantic, the bipartisan agreement on fiscal responsibility that followed the 2008 crisis has given way to a bipartisan agreement on historical fiscal and monetary expansion, seemingly overnight and without drama. The Republicans have focused their opposition on cultural issues, while largely supporting President Biden’s spending plans, even taking the lead on radical reforms to child tax credits, seeking to end child poverty.

It is doubtful that the adoption of a new fiscal ideology will run quite as smoothly in Europe, as austerity lies at the very heart of the European Monetary Union.

Creating a monetary union without a corresponding fiscal union, among countries that were not similar enough to thrive with a common currency, has always been a problem. The solution has been to discipline economic differences through strict rules for spending and debt.

It was naïve to believe, mid-pandemic, that austerity had been “buried” in Europe. Like a zombie, the idea has risen from the dead and still retains powerful advocates.