Professor Emeritus of Political Theory and European Politics at the University of Salzburg. Former founding Director of the Salzburg Centre of EU Studies. Member of the EU3D Advisory Board. Expert on European integration, institutional development, parliamentarism, theory of democracy, constitutionalism and legitimacy. 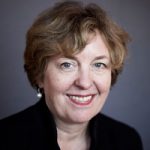 The indebted states need to spend their fresh RRF funds wisely. The frugals need to acknowledge how they benefit from the euro and single market. Then mutual trust can be built. European integration is indeed one of the most fascinating social and political experiments in modern times. Like all experiments, it developed and continues to develop as a story of success and failure, of fits and starts, the creation of an economic and monetary union being perhaps the most important case in point.

Moreover, this large-scale experiment does not evolve in an aseptic laboratory but under political and socioeconomic conditions that are subjected to change ­– and sometimes to sudden and unforeseen crises. The latter have often been potent drivers for further integration: The shock of the post 2008 financial and ensuing fiscal crisis allowed for some bold ad hoc decisions of deepening such as the creation of the European Stability Mechanism (ESM), the European Semester and most importantly the non-standard rescue measures of the European Central Bank (ECB).

Other much needed provisions to install a full-fledged banking and capital union, let alone a fiscal union, are insufficiently addressed or postponed. Creation and completion of the Economic and Monetary Union (EMU) seem to fit well the rollercoaster metaphor used by the historian Ian Kershaw to describe EU integration in general.

Why is this so?

A question of trust

One important aspect to consider is that the EMU thrives on the willingness of member states to share risks despite diversity and economic asymmetries. And while risk-sharing stems from socioeconomic necessity, it ultimately rests on mutual trust. However, what is functionally necessary does not automatically generate trust.

When conceiving the EMU, member states were well aware of this problem. However, they hoped (perhaps naively) to contain it by a set of rules enshrined in the Treaty of Maastricht and the Stability and Growth Pact (SGP) as a precondition to join the single currency. Abiding by those rules was seen as the fundamental of the single currency and of trust building.

It is common wisdom now, that it did not work or did so only partially and in good times. In a not so good time, the vortex of the global financial crisis, the whole edifice based on rules and numbers almost collapsed.

Yet, the euro did not collapse. The costs of dissolution would have been too great, not only for highly indebted members such as Greece or Italy but in particular for the euro core states, the great profiteers of the single currency. Members without preceding sovereign debt problems, such as Ireland and Spain, were also hit hard by the asymmetric shock. As a matter of fact, in these states the increase of the sovereign debt was a result of their bank crisis. Finally, the crisis also revealed the incapacity of financial markets to provide on time for the right signals.

Thus, the Union embarked on standard and non-standard rescue measures, empowering intergovernmental and supranational organs, surprisingly allowing the ECB to become the de facto last resort lender. At the same time, it created legislation with even stricter rules with the so-called Fiscal Compact imposing debt breaks and the Two- and Six-Pack regulations to ensure supranational surveillance of member states’ “good behaviour”.

Interestingly though, strictness came with flexibility – at least for some members. Such flexibility went as far as completely encumbering initial goals: The Medium Term Objective is now seen as an impenetrable cobweb and largely toothless. The Macro-Economic Imbalance Procedure was never used. Nor were fines for disrespecting the rules ever applied. Finally, the COVID 19 Pandemic led to the de facto suspension of all fiscal rules.

Such relaxation of rules does provoke conflict. In the past decade it led to the formation of new sections of European states opposing each other in varying alliances: core and periphery, creditors and debtors, frugals and indebted states, export champions and domestic demand-oriented states, large and small states, euro ins and outs.

Some of these categories may overlap or evolve due to changing actors, preferences and positions but the overall picture of the EMU development also shows some constants:

First, while the rules on debt and deficit governing the EMU rest on unanimous agreement of all member states, implementation has been impaired by the system of mutual surveillance.

Second, avoidance of moral hazard is key. As is the goal of fostering convergence between socioeconomically different member states, while bail-out and automatic stabilizers in case of asymmetric shocks were ruled out.

Third, ideational and rhetorical differences persist, but are temporarily suspended in times of crisis, only to be resumed once the state of emergency is over. However, states of emergency are prone to institutional innovation which normally resists reversion even if continuance is contested.

This situation repeats itself under the new shock caused by the COVID 19 pandemic, albeit with a significant twist.

The Union has borrowed more money (750bn Euro) from financial markets than ever before to set up a European fund, the Recovery and Resilience Facility (RRF), to help member states most affected by a crisis. Significantly, the RRF is part of the Multiannual Financial Framework of the EU. Yet, the disputes surrounding the decision were fierce and pivoted on the well-known arguments:

The bitter fight over the form of disbursements – grants vs loans – ended in an expectable half-half compromise. What seemed to facilitate compromise was the converging on a rhetoric of modernization:

Next Generation EU is about investment in innovative projects in areas of digitalization and of greening the economy under the spell of climate change. To avoid misuse of funds, projects are to be scrutinized, approved, and monitored by the Commission in the framework of the European Semester.

Thus, the boldness comes with strings attached. As with the recovery measures of the financial and fiscal crisis, conditionality is paramount.

The extent of mistrust between member states can be epitomized by the Austrian chancellor, a representative of the frugal Hanseatic League, when he described Italy as a broken state that he suspected of using the fresh money to cover old debt.

Risk-sharing and trust in times of pandemic

However, whereas the non-standard measures of the ECB were heavily contested during the financial and fiscal crisis, this time the Pandemic Emergency Purchase Programme seems to sail under the radar of public opinion.

May we thus conclude that the pandemic turned the tide? Doubtless, the door towards more substantial EU fiscal responsibility has been unbolted. How big the opening will be, and for how long, is uncertain. To speak of a great leap towards a fiscal union based on risk-sharing is premature.

While the recent measures show some willingness to engage in a fiscal union, visions of centralized vs decentralized models continue to compete. The art of European politics will consist in finding ways to reconcile them.

Much will depend on how the states benefitting most from the RRF will spend the fresh money. If used wisely and in line with the agreed goals of modernization and pertinent rules of governance, trust can be built.

At the same time, the so-called frugals need to acknowledge how much they benefit from the single market and the euro. And finally, both sides should know that neither the single market nor the euro are complete projects.

There are still unresolved issues regarding stabilization mechanisms in case of new asymmetric shocks and related bank and sovereign debt crises. Answers to these questions will become ever more difficult if national political elites indulge in populist blame-shifting and scapegoating Brussels. Instead, they must heed the truism that a political community is always about risk-sharing between diverse and unequal parts. The pandemic, however, has hit Europeans quite equally.