Jana Gómez Díaz is a predoctoral researcher at IBEI linked to the Horizon 2020 funded research project 'TiGRE - Trust in Governance and Regulation in Europe'. She is pursuing a PhD at Universitat Pompeu Fabra and has previously worked as a policy advisor and researcher at the German Parliament in Berlin. 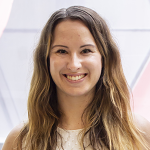 Differentiated integration is a political reality in the European Union. However, public opinion remains divided, both across countries and among individual citizens. This fact highlights important challenges for the workings of the Conference on the Future of Europe. Prime Ministers Viktor Orbán and Mateusz Morawiecki stood by each other when faced with the EU’s rule of law requirements. Photo: Czarek Sokolowski/AP/NTB

During the recent tense and aggressive debate on the EU budget and the COVID-19 relief fund, Prime Ministers Mateusz Morawiecki (Poland) and Viktor Orbán (Hungary) threatened to veto the budget if the EU did not abolish the fund’s requirements on the rule of law. At this point, it seemed a real possibility that the fund would be set up excluding these two countries. In response, Morawiecki staunchly repeated his (and Orbán’s) long-held belief that such a ‘two-speed’ EU is both undesirable and unnecessary. Possibly, this is because they believe that such “differentiated integration” would relegate their countries to the periphery of the Union.

Nevertheless, differentiated integration has indeed become a reality in multiple policy fields. While the number of member states has increased, the Union has become more heterogeneous. The most prominent cases of differentiated integration are, of course, the Schengen agreement and Euro currency, in which not all EU member states participate. More generally, however, we know that almost half of all integrated policy areas contain some form of differentiation (Leuffen et al. 2013).

At the same time, EU matters have become increasingly politicized and affect not only supra-national, but also national elections. We observe a polarization of debates and a higher frequency of referenda on EU policies, as well as a rise of Eurosceptic parties across member states (see, for example, Börzel and Risse 2018 and Schimmelfennig 2018).

An extreme consequence of this sort of dissatisfaction is the threat of disintegration. This problem is exemplified by the gridlock during the budgetary negotiations in light of the COVID crisis. The situation exposes the more general dilemma related to differentiated integration.

The very same states that brought about the gridlock in the first place also oppose differentiated integration.

There is some fluctuation over time, but public opinion is mostly two-fold: about half of the respondents oppose differentiated integration (DI), the other half supports it. However, support of DI reached a significant low in 2015. This stands in stark contrast to general support for the EU, which increased rather steadily from just below 50% in 2011 to almost 60% in 2017.

North vs South, left vs right

Taking a closer look at the individual level, the data suggest that social dispositions play an important role in citizens’ preferences for differentiated integration. More specifically, when it comes to explaining citizens’ support for differentiated integration, socio-demographic variables seem to matter very little compared to attitudinal variables. This is in contrast to what explains general support for the EU (see i.e. Andersen & Reichert 2009).

For example, we find evidence that support for differentiated integration correlates with liberal economic values. This means that there is support amongst citizens that also support free trade and a market economy, while there is scepticism amongst those with concerns about equality. Additionally, citizens in the political right are more supportive of differentiated integration than citizens in the centre or the left.

A possible explanation supported by our evidence points to the negative (and still prevalent) repercussions of the Eurozone crisis, which mostly affected the south of Europe. To some citizens, differentiated integration might mean an attempt to dilute EU solidarity and to further divide the more prosperous from the less prosperous states. In other words, their opposition to differentiated integration might pertain to what they believe it implies for their member states.

To some citizens, differentiated integration might mean an attempt to dilute EU solidarity and to further divide the more prosperous from the less prosperous states.

Our findings should be taken seriously by the Conference on the Future of Europe. A substantive amount of EU citizens, especially those with strong preferences for equality (as well as those in the South), seem to think of differentiated integration as a process of discrimination and a threat against EU solidarity. If the attempt is to change their minds, or to reconcile their views with what those in favour of differentiated integration see as the correct way forward for the EU, then public debate must include convincing arguments about why and under which circumstances it is legitimate and fair.

EU correspondents are needed to make differentiated integration accessible to the public | Is there a relationship between Facebook, fake news and support for the EU? It's complicated | The German 'traffic light' coalition: no commitment to stronger spending powers for the EU | The Wider Europe: a time for experiments | Why a change in government won't change Norway's ambiguous EU policy |

Is Next Generation EU the great leap towards a European Fiscal Union? | The Austerity Zombie rises from the dead | Why the Nordic states maintain differentiated foreign policies | The Conference on the Future of Europe: vehicle for reform versus forum for reflection? | Is the grass greener on the other side? Norway’s assessment of Brexit |